Hovingham’s next Repair Café and Community Hub is on Saturday 10th September, 10.00-12.00 noon at Hovingham Village Hall. Our volunteer fixers will do their best to mend or advise, free of charge, repairs ranging from electrical and computer items, household equipment, carpentry repairs, clothing mending and alterations. Remember to bring along any spare parts, zips etc for the repair. Hovingham’s Repair Café is a recognised member of the Repair Café International organisation. 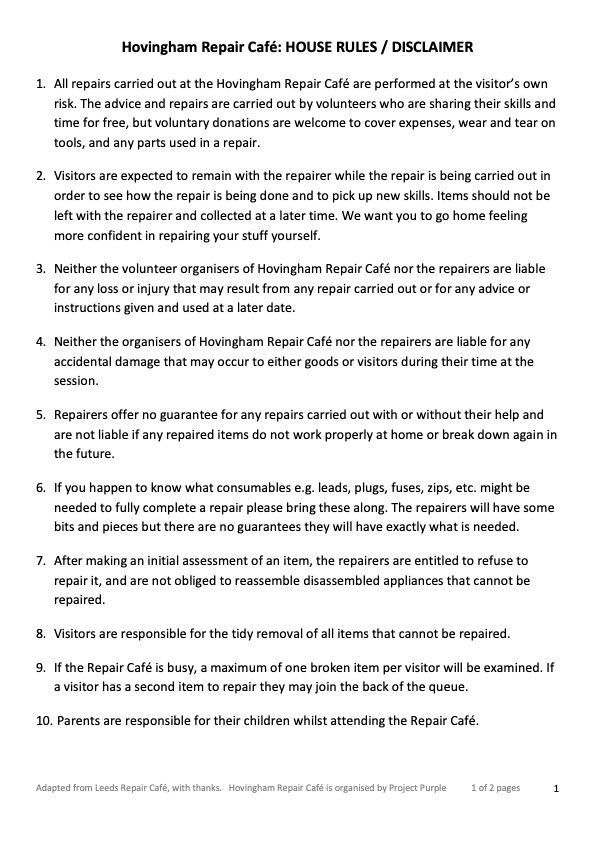 A national celebration of community action

Thank you to the Hovingham community for supporting this year's Litter Pick. We had a great turnout (24 people) including some children and the weather was kind to us. Many of our pickers commented it was great to be doing something again and it gave them positive feelings about their community.

Thank You to everyone, and see you next year, Ann. On behalf of the Hovingham Action Group and Project Purple 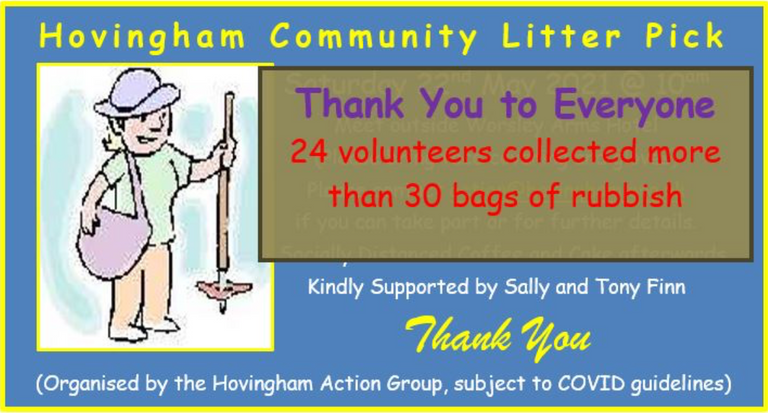 A big thank you to Sally & Tony for hosting the Litter Pick and providing the much appreciated Coffee and Cake. 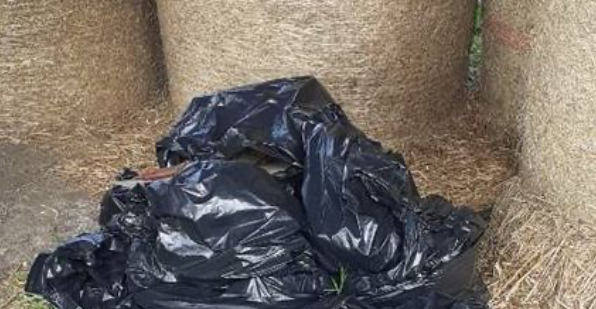 Our 30 sacks in Mark Wilson's farmyard awaiting collection by Ryedale Streetscene - so well worth doing.

A special thank you to Mark for collecting all the sacks and providing transport.

After the excellent inaugural meeting in March, Covid came along and we had to abandon the remaining program for 2020. We are now focusing on the following dates for 2021: September 10th and December 10th (the Second Saturday in each quarter). Please note the Repair Café and Community Hub due to take place on Saturday 26th June is postponed until such time that the restrictions are eased further.

Thanks to everyone for their encouragement, enthusiasm and support.

We will continue to keep you updated and hope to see you very soon. If there any questions please get in touch projectpurple@hovingham.org.uk

In a 12 month period if you simply repaired 1 pair of jeans, fixed a chair, repaired an electrical appliance and a toy, you would save the equivalent amount of Co2 absorbed by 16 trees. Check out this useful calculator

It doesn’t take much to help reduce your carbon footprint. So have a look in the attic, check out those items that you had planned to fix but haven’t and bring them along to our next Café. Our Fixers will be looking forward to seeing you and there's more info here.

Share what you do already or your top tips. There will be a small prize for the person with the best tip voted on by the community! Click here to share your tip! Remember to add your name so we can contact you if you win.

The Share Shed is a community initiative to share useful items with friend and neighbours in the Parish of Hovingham & Scackleton. Initially it will include DIY & Tools, Home Maintenance and Cleaning and Gardening Equipment. We have built a virtual share shed library on the Project Purple web site.

It will help reduce consumption of “stuff”, help in our community efforts to reduce the impact on the environment and it is free at point of use! Find out more here.

Every year we mulch 50-60 Christmas trees including the community Christmas tree. Due to the Covid restrictions this year we were unable to make this a community event. Fortunately Mark Wilson and a work colleague (a big thank you) stepped in to transform pines to mulch, some of which is now applied in Hovingham gardens to retain moisture around plants. If you'd like to have some of the mulch for your garden, please contact Project Purple projectpurple@hovingham.org.uk with your address and telephone number.

In our first newsletter, we share some of the activities we have been involved with during 2020 and our plans for 2021.

The pandemic took its toll on Hovingham’s Project Purple plans in 2020.  A series of Repair Café’s were cancelled, Community Conversations and a host of other Climate Change initiatives stalled. Unfortunately, during this time, the impacts of climate change continued.

The UK experienced some unexpected weather patterns in 2020 including some excessive rain fall during the winter months.

The Prime Minister reinforced the urgency of addressing climate change in October when he gave a speech to the UN, stating that “Climate Action cannot be a victim of Corona Virus.”

Every day in the press we read stories of people taking action: from the Government, to business, communities and individuals. Climate Action is on the move.

We are seeing unprecedented development in renewable energy. Wind energy has the potential to supply the world’s electricity needs 40 times over. On the 6th October 2020, Boris Johnson pledged to build enough wind energy to supply every household in the UK with renewable energy by 2030.

In recent years, Solar installations are being installed faster than for wind. Renewable electricity generation is now competitive without government subsidies. The die is cast. This revolution is picking up speed.

We're seeing businesses change too. More than 240 of the largest global companies have pledged to go 100 percent renewable between 2030 and 2040.

We've launched our new website where you can find out more information about Project Purple, what we do, our plans, community stories, top tips and useful links to carbon calculators and key sources for further info.

David Attenborough is telling us* we are facing a climate crisis and that “unless we take immediate action, it has grave impacts for us all”.

Check out his documentary here. It is science based and up to date. It provides a background into what is actually happening to the planet and why it is impacting all of us.

Curious to know more about your carbon footprint? See how it compares with the UK average of circa 10 tonnes Co2 p.a? You can check out your footprint using one of the links on our website  We have several carbon calculators to choose from. See how you compare and what simple things you can do to radically reduce your impact on the climate crisis in 2021.

There's also this neat calculator to assess how much carbon you'll save by reusing different objects.

We cannot leave all the actions to Government and Businesses alone. Individuals and Communities have a key role to play in slowing climate change.

Read about us in the press

No time to lose in fight for climate

No vaccine for climate change 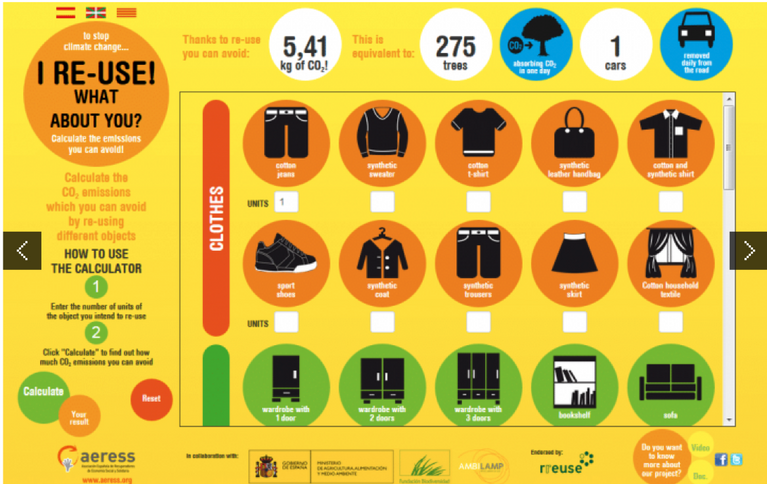 Help us make a change